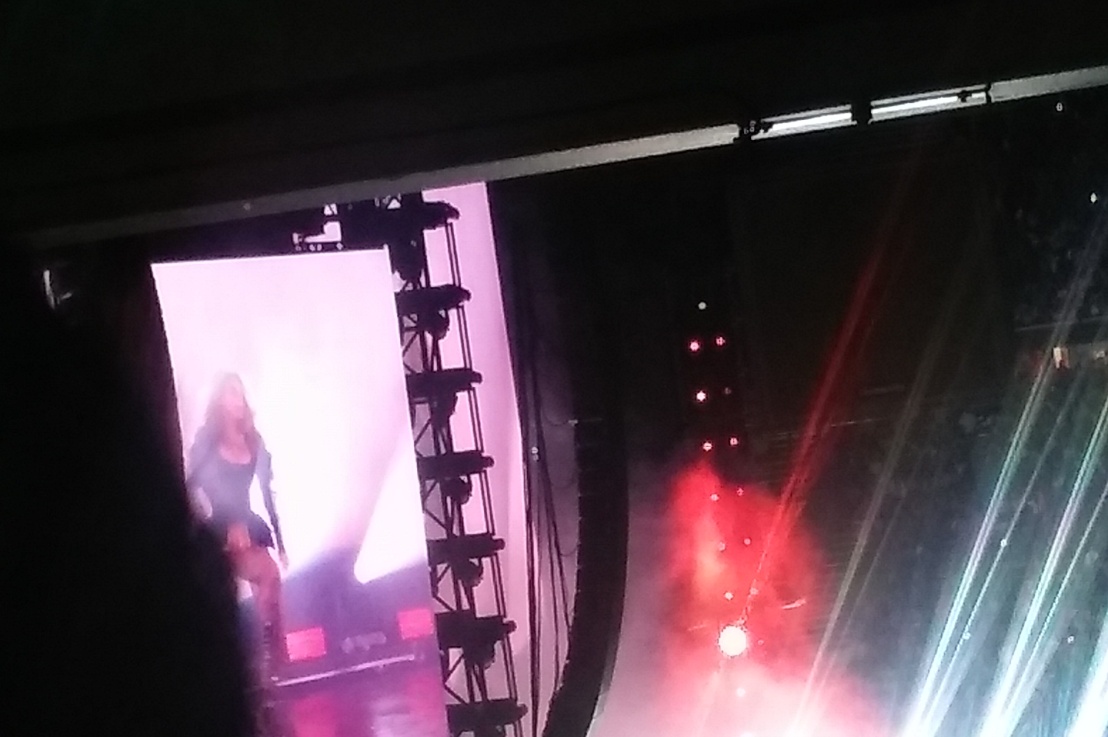 This past Tuesday, May 3rd, thousands of Bey fans descended on Carter Finely Stadium in Raliegh, NC to see the spectacularness that is Beyoncé Knowles-Carter as part of her Formation World Tour.

Now I admit, I am not and do not intend to become a BeyHive member. I was simply there to work, but I got the enjoyment of seeing the entire concert.

After about an hour rain delay, DJ Khaled opened the show with his single All I Do Is Win, and some other hits by other artists including the infamous NPHC stroll song Knuck if You Buck.

By the time he got off the stage it had stopped raining. Beyoncé was preparing to come out

There had to be thousands of people out there. Some who paid upwards of $2,000 to sit stage side. Yes $2,000 smacakroos.

When she came out she of course performed some songs off her new album Lemonade, including “Sorry”, “Hold Up”, and “Pray You Catch Me” as well as classics such as “Survivor”, “Countdown”, and “Love on Top”.

Then the rain started. Then the thunder and lightning. I think at this point she was on song twelve. We had to get everyone out of the stadium. For safety, we instructed everyone to go across the street to PNC Arena or wait in their cars.

The show wasn’t over, we just had to get everyone out.

Thirty minutes later the rain and lightning stopped. Whew, we could now let everyone back in.

The show commenced. Beyoncé performed another couple of songs and then the stage and lights turned a pretty purple.

Purple Rain played over the speakers as guest lit up cell phones to pay homage to the music legend.

“How lucky are we, to have had Prince, Michael, and Whitney in our generation” Beyoncé stated after the song finished and she returned to the stage.

She performed “Freedom” and “Daddy’s Lessons” songs off her new album, and the rain began again.

“This rain is beautiful actually” she stated as light rain fell. The crowd applauded and roared approval.

She finished the concert with “Halo”. It was now after midnight.

Rain and rain delays didn’t stop Beyoncé from putting on a great show. It was very well done. Bey fans were amazed, and as a fan of music, so was I.