Amendment 1 of the United States Constitution reads as follows:

Congress shall make no law respecting an establishment of religion, or prohibiting the free exercise thereof; or abridging the freedom of speech, or of the press; or the right of the people peaceably to assemble, and to petition the Government for a redress of grievances.

This past weekend, a group known as Unite the Right decided to march in protest to the planned removal of a Confederate statute in Charlottesville, Virginia. The march ended in tragedy.

Unite the Right, a white supremacist group, along with other white nationalist groups, KKK affiliates, anti government militias, and neo-nazis, marched through the streets of Charlottesville and the campus of the University of Virginia, waving burning tiki torches and chanting about saving the White race. By Saturday morning, the groups were met by counter protesters and fighting began amongst them. The police responded without force. The fights escalated when a man drove his car through the crowd of counter protestors. People were hit and injured. A young woman died. The police managed to apprehend the driver and disperse the crowds.

President 45 took a while to respond. He did not tweet his response, but rather held a conference where he stated that he condemned the violence, “on many sides” and was saddened by the tragic loss of the young woman. He did not call them white supremacists. He did not say domestic terrorism. He did not acknowledge in any way, that this tragedy was the direct result of White terror. Nope. He cited violence “on many sides.” The counter protestors were met with violence from the armed militia. They responded out of self defense. But let 45 tell it, there was violence “on many sides.”

Well, we saw what happened when all speech is considered protected under the First Amendment. People were hurt and someone died. We can go as far back as the previous election cycle and see what happens when all speech is protected. A racist, xenophobic, womanizer wins the highest title in the land, and hate crimes against marginalized groups increase. But under this premise of “all speech is free speech” everyone should be able to say whatever they want right?

Contrary to popular belief, there is speech that is not protected under the First Amendment. The Newseum Institute listed nine categories of unprotected speech:

The white supremacists took to the streets of Charlottesville, proclaiming their love for the Confederacy, hate of minorities, and need for a celebration of all things White because they felt they had a First Amendment right to do so. They believed that their right to free speech took precedence over the safety of those they deemed unworthy. Their freedom of speech was allowed to be exercised without question or reprimand because it always has been. They knew that the law was on their side and will always be. Three years ago in Ferguson, Black people took to the streets to protest the state sanctioned murder of Mike Brown. They were met with armed police officers in riot gear. They were pepper sprayed. They were arrested. They were called thugs, lawless, troublemakers. There was a curfew put in place. The National Guard was called in. Protestors were called rioters. The scene was compared to a war zone. Charlottesville did not get that treatment. White people were allowed to walk the streets carrying armed guns and holding Confederate and Nazi flags. There was no riot gear. There was no pepper spray. No curfews. There were only 4 arrests.

The President of the United States did not condemn these groups. He did not say they were thugs, miscreants, lawless, troublemakers, or losers. He did not call for a ban on all foreign White people entering the country. He did not say domestic terrorism. He did not say anything comparable to a condemnation because he knows these groups are who voted for him. He knows these Confederate loving, minority hating, Make America Great Again individuals put him in office. He knows he was supported and counseled by David Duke, he gave Steve Bannon and Jeff Sessions jobs in his Cabinet. White supremacy is why he is in office. White supremacy is why he wants to cut funds to education, roll back the Voting Rights Act, and end Affirmative Action. President 45 would not dare condemn the very people who put him in office. Nope. That must be someone else’s job.

Throughout the weekend, there have been debates, Twitter arguments, and think pieces regarding the First Amendment right to free speech. Before Charlottesville, many people felt that all speech was free speech, whether they agree with it or not. Maybe some people still believe this. History teaches us differently. History shows that the belief that all speech is free speech has led to many deaths. This belief cost thousands of Jews their lives. This belief ignited fear in Black people throughout the South. This belief put LGBTQ individuals at risk of losing their lives. All speech is not free speech. You cannot say whatever hateful thing you want out of your mouth and think there will not be consequences. There are consequences. People die. History tells us that and Charlottesville showed that.

We say hate has no place here but America was rooted in hate. America thrives in hate. America was built on hate. Hate put President 45 in office. Hate and bigotry is allowed to have free reign in 2017. It is 2017 and despite those who want to believe #ThisIsNotUs, it is. It always has been. Until something truly changes, it will continue to be. 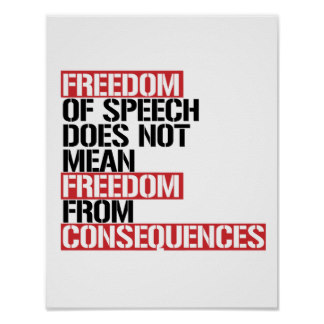 I write about things that interest me. I like to read books. I enjoy a good television show. View all posts by Catherine J