The invisible weight on his shoulders is becoming too much. He tries to smile and act like everything is well but it is hard. Death seems to be chasing him. Last week his cousin died, last year it was his uncle, two years prior, it was his classmate. He cannot escape the feeling that he will be next. It will be his photo in the obituary section of the paper. Friends and family will be making memorials for him.

He moves cautiously, with thia question in his mind daily. He is careful not to drive too fast, not to drive too slow. Never take a hit, drink in moderation. Don’t walk to fast down the sidewalk, don’t idle too long at the stoplight, or in front of someone’s house. Be careful, be cautious, be afraid.

He is only 19. He looks around and sees what his future could be. Working for pennies at the local store, slinging dope on the street, in and out of lockup, fathering children he is not prepared for.

There are no dreams of college, no dreams of having his own business, or beinf a doctor, or pilot. He knows some guys who went to the military. He does not see that for himself.

He is stuck, like a deer in headlights. He does not know where to go or what to do to escape his fate. This weight is getting too much.

It is crushing him, slowly but surely.

Is there no mercy? 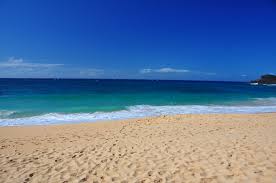 She stepped to the edge of the sand. The water was beautiful. She had never been here before and felt a tingly sensation of gratitude. As she inched closer to the water, it was cool as it swished over her toes. She gingerly walked forward. The water was slow and steadily moving. She walked farther until she was she was knee deep in the shallow water. She dipped her head under the water. Still blue, salty, and crisp. She raised her head above the surface. She looked back and realized she was farther from the shore. She liked this. She kept moving forward until her feet did not touch the sand at the bottom. She swam now. Slow and steady strokes, preserving her energy. She swam down under the surface. It was so beautiful. She felt at peace. She did not want to go back up to the surface.

She felt something tug at her leg. She attempted to move. She couldn’t. Something was pulling her down. She started to panic. A bright light obstructed her vision.

When she awoke, she was strapped to a table. She opened her mouth to scream, but no sound came out. A figure appeared. She kept trying to scream, trying to get up, but her body would not respond. The figure put their hand on her shoulder. She felt a sharp pain. Everything went black.

They stepped cautiously off the bus as it cruised to a stop. The heat was sweltering. A sandy desert seemed to stretch for miles. Their wary eyes settled on the enormous gate in front of them. As they approached the gate, they had no inkling of the terror that awaited them on the other side. 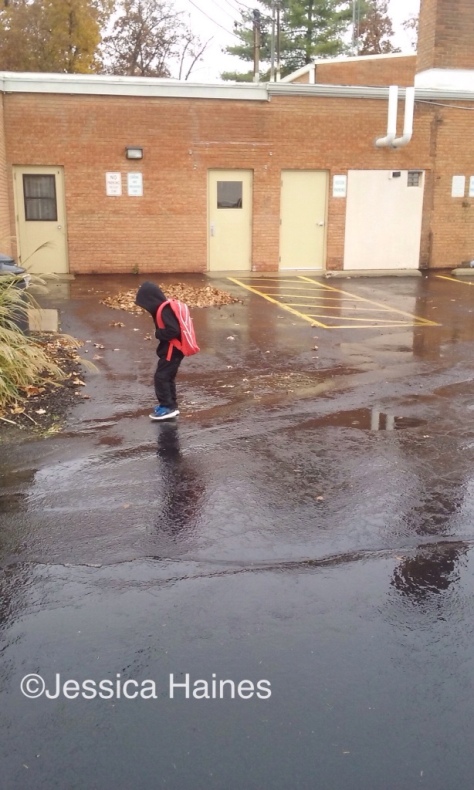 He played in the puddles as he waited. This was his third day at his new school.

Momma was so happy when they moved here. He remembers their first night when she pulled him close and told him, “We are safe now baby. We don’t have to worry anymore.”

He was not sure what she meant by that or why she decided to move all the way out here, so he simply hugged her back as she tucked in his covers.

He continues playing when he sees his mom pull up.

She smiles, hugs him and ask, “how was your day?”

He replies, “It was fun. I met some more friends.”

They get into the car and head home.

She smiles at him through the rearview mirror thinking to herself, they are finally safe and they will never have to live in fear again.

She is completely unaware of what lies ahead.

This week’s photo prompt is provided by Jessica Haines. Thank you Jessica for our photo prompt! 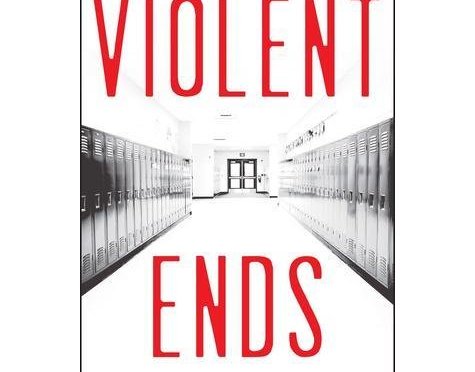 Synopsis: It took only twenty-two minutes for Kirby Matheson to exit his car, march onto school grounds, enter the gymnasium, and open fire, killing six and injuring five others.

But this isn’t a story about the shooting itself. This isn’t about recounting that one unforgettable day.

This is about Kirby and how one boy—who had friends, enjoyed reading, played saxophone in the band, and had never been in trouble before—became a monster capable of entering his school with a loaded gun and firing on his classmates.

My Review: I bought this book on a whim. I was in my local bookstore browsing the must read section and this book caught my eye.

Told in seventeen different perspectives by 17 different YA fiction writers, are the stories of Kirby’s classmates, neighbors, bullies, and best friends. Each character tells of how Kirby impacted their lives and how they impacted his, before and after the tragic event.

This book was well written. I enjoyed the short little stories that intersected into the overall event. This book isn’t about what Kirby did on that fateful day, but it is about what he did to others, good and bad, and what others did to him.

Was there an event that made Kirby do what he did? A specific moment where he decided to kill people? Not exactly. Maybe it was a series of events. Maybe, Kirby did not have the will to live on. It isn’t alluded to in the book and that is OK. Often times in these situations there is no percipitating event, they just happen.

Purchasing Information: I purchased this book at Barnes & Noble for $10.99, paperback edition.