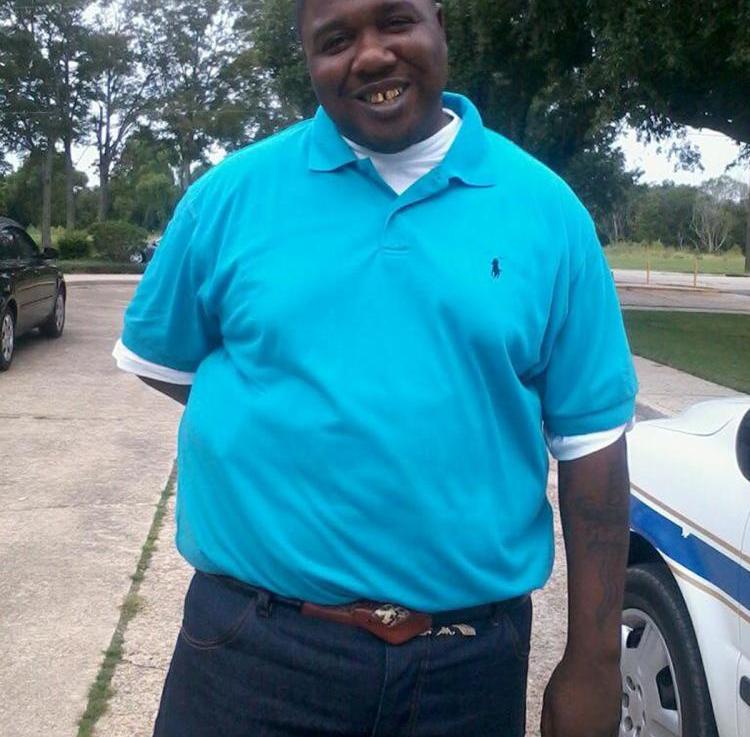 Shot six times, after being tazed and handcuffed, already laying on the ground.

His supposed offense: selling CDs and having a gun on him.

Louisiana is an open-carry state.

Alton was a vendor, so selling CDs shouldn’t have been an issue either.

The video of the shooting surfaced on Twitter late Tuesday evening.

I was horrified by what I saw.

Alton Sterling’s name has been added to the dreadful list.

The list of African Americans that have been shot dead by the people who claim to protect and serve.

I don’t hate police. But as the quote goes, Evil prevails when good men do nothing.

These officers in Baton Rogue, just like the ones in Baltimore, NY, Akron, Texas, were placed on administrative leave.

Yet I am not hopeful that they will get more punishment than that.

Eric Garner had video footage, so did Freddie Gray, Tamir Rice, and countless others.

All cases ended with acquittals or no charges even being filed.

Alton’s family appeared on MSNBC this morning. His eldest son broke down in tears, his wife, tried her best to not break down as well.

When will this end?

How many more names have to be added to the list, for people to wake up and realize that African Americans are in danger?

When we aren’t shooting each other over nonsense, cops are shooting us.

When will it stop?

As you go about your day, know that five kids are now without a father and a wife is without a husband.

Two police officers are on paid leave while Baton Rogue citizens take to the streets in protest.

Another family is ripped apart.

3 thoughts on “Alton Sterling: 1 of Many”